AFWERX Fusion is centered around the Base of the Future, one of the top focus areas of the Air Force and across the Department of Defense. Approximately 300+ teams were chosen from over 1600 and will present their innovative solutions as part of an open showcase to attendees, including top Air Force leadership and other military decision-makers and operators.

“We are excited to partner with IAI North America on an enhanced perimeter security solution for the AFWERX Base of the Future Challenge and look forward to presenting it to the Air Force evaluation team,” said Doug Gosney, Vice President of Defense Programs at Camgian.

Tony Rodgers, Director of UAS Operations for IAI NA also commented, “We believe we have put together a great solution for the Air Force that combines the best of two technologies. We look forward to future partnering opportunities with Camgian as we both work to provide our warfighters with the best possible technology to ensure their continued competitive advantage.” 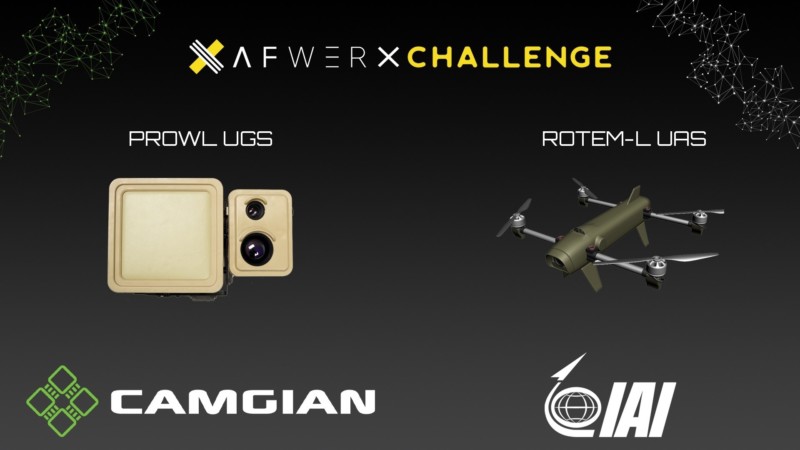 Camgian is an award-winning developer of advanced sensing systems and technologies that deliver real-time, actionable intelligence. Leveraging innovations in the areas of sensors, signal processing, and artificial intelligence, Camgian is pioneering a new generation of intelligent applications that address key needs in the financial and national security markets.

Camgian has been named by Inc. Magazine as one of the fastest-growing private companies in the US, Entrepreneur Magazine as one of the most entrepreneurial companies in America and Compass Intelligence as one of the world’s top companies in IoT innovation and execution. Moreover, ABI Research featured Camgian in their 2015 Hot Tech Innovators report, which identified the company as one of the world’s top tech start-ups for their pioneering work in IoT and edge computing. In their 2016 market report Fog Computing in IoT, Machina Research identified Camgian as one of the innovative IoT startups and notable companies pioneering fog computing. In 2017 Camgian was named a Gartner “Cool Vendor” in IoT Edge Computing and the Industrial IoT Company of the Year in the 6th Annual Compass Intelligence Awards, which annually identifies the world’s best in mobile, software, IoT, AI, augmented reality and connected products.